Node.js is a cross-platform JavaScript runtime environment that helps develop server-side web applications. These applications are coded in JavaScript and can be run within the Node.js runtime on OS X, Windows, and Linux without changes. Read a guide to developing NodeJS large-scale apps with the use of Node JS best practices.

Node.js is a runtime environment that allows developers to create server-side web applications using JavaScript as the programming language instead of traditional languages such as C++ or Java.

Before jumping onto the Node Js best practices, let’s look into the advantages of Nodejs.

Node.js has a lot of advantages over other programming languages, such as:

Begin Your NodeJS Project With Package.json

The package.json file is a JSON formatted file containing all the project metadata. It includes the project’s name, version, description, and dependencies.

This command will create a package.json file in the current directory, containing all the information required by npm to install and publish an application.

It is highly recommended to install this package manager as it makes working in a team easy because everyone will have the same setup.

Environment variables can be used to store and retrieve data that is used by a computer system’s operating environment. These are very helpful when the application is being deployed on a number of machines as they allow the code to be the same while still storing different data depending on which machine it is running on.

Tapping On The Asynchronous Methods

Asynchronous methods are a fundamental part of Node.js. They enable you to write non-blocking code, which is crucial for scalability, and performance. Node.js provides a wide range of asynchronous methods that can handle a variety of tasks, such as reading files and directories, making HTTP requests, or parsing opentelemetry data streams in the form of JSON objects or XML documents.

Organise The Code As Per Module Pattern

A module pattern is a software design pattern. It defines the way in which programmers should divide their code into separate sections or modules.

The modularity with consts is a way to organise the code and make it more readable.

NPM or Node Package Manager consists of hundreds of feature-rich, well-maintained, and well-documented libraries, frameworks, and tools for various use cases. A developer should use existing tools/frameworks/libraries to make the app development easy, fast, and error-proof.

Following is the list of tools that Nodejs developers can count on:

The tools/libraries make the work of developers easy. Before using these tools, you should be aware of their strengths and weaknesses so as not to over-rely on them.

2) Use request timeouts if you need to wait for a response from an API or service before continuing with your code.

A good Node Js best practice is to use multiple callbacks for inside promises to async errors. The best part of using this method is that it reduces code complexity and also makes the code more readable.

Following is example of code for the same:

ESLint is an open-source linter tool written in JavaScript that helps keep your code clean and consistent. It’s used by developers around the world to provide feedback on their coding style, enforce consistent conventions, and reduce errors caused by typos or missing semicolons. ESLint is designed for efficient operation with a large number of files, which makes it well-suited for use in projects with large teams, complex build processes, and/or long release cycles.

When an app is being developed in a NodeJS, a developer needs to restart the app to apply changes made in the code. This restarting process will prevent you from focusing on coding as a solution, and you should use automated tools that restart the app after every code change.

Following are the popular code monitoring packages for node JS:

Forever: It provides an automatic restarting feature along with some additional configuration options such as setting up a working directory and writing logs.

Nodemon: It restarts the application automatically whenever the change in the code is detected. You can also initialise this application by replacing the node with –the line in the command.

PM2: It is the best process management tool compared to other options. It has more features and gives you more control over the process running in the production.

You can use these tools even in the production environment. These tools ensure that the application restarts without any problem after a runtime error.

Node.js is a lightweight JavaScript runtime environment that has been used for a variety of purposes, from web servers to data processing. Node.js is particularly popular with developers because of its scalability, an event-driven architecture, and its ability to use JavaScript on both the front and back end.

These Node Js best practices will help you get up and running quickly with NodeJS, as well as make your development process more efficient in the future!

EnProwess is a global outsourcing company. If you want to hire Nodejs developers, then do visit our website for more information. 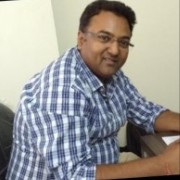 Chirayu Joshi is the CEO of EnProwess - an emerging Custom software development company that offers mobile development, web app development, dedicated developers, and software testing service at a competitive price. His bold leadership and foresight have taken the company to great heights. He loves to read and share his insights on the tech industry.

Flutter: A Powerful tool for cross-Platform

The Future of SaaS Product Development

All you need to know about disposable vapes!